Starting on January 28, players can already enjoy Android early access for the Magic: The Gathering Arena or the MTG Arena, a game by the company Wizards of the Coast.

The #MTGArena Early Access on Android is currently rolling out to Android devices that meet requirements! This is the Magic digital experience you’ve been waiting for.

According to the Wizards of the Coast, players can expect a full Magic gameplay experience during the Android early access. “Our Android early access will include cross-platform support and all cards and formats available in MTG Arena, including the upcoming release of Kaldheim,” the company told. 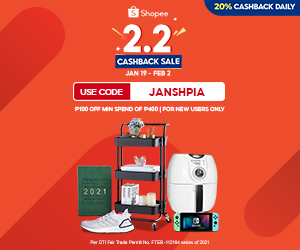 The MTG Arena’s Release on iOS

Furthermore, the company, on a more recent announcement released on January 28, 2021, also revealed that the MTG Arena will also be available on iOS, additional Android devices, and tablets later this year.

“Our initial release for Android mobile devices is aimed at players who can meet our planned “recommend specs.” Mobiles devices that exceed our recommended specs will work as well, and we’re aiming to lower some of these requirements alongside additional performance improvements when we fully release on Android, tablets, and iOS later this year,” stated Wizards of the Coast.

MTG Arena May Appear in Some Regions Before Others

On the January 28, 2021 announcement, the company also noted that although the date of the MTG Arena release was set on January 28, the game may appear in some regions before others.

“We will be releasing the app on January 28 as part of our scheduled maintenance. It may take some time (up to several hours) for it to appear on the Google Play store, and it may appear in some regions before others,” stated the Wizards of the Coast.

The game can be downloaded by searching for it on the Google Play store or by going to this link, if already available in the region or if compatible with the mobile device on hand.

Cordillera Under GCQ From February 1 to 28, Says Spokesperson Harry Roque

DOH Cordillera Releases a Statement on the Discrepancy on Jan. 27 Cases in Baguio City